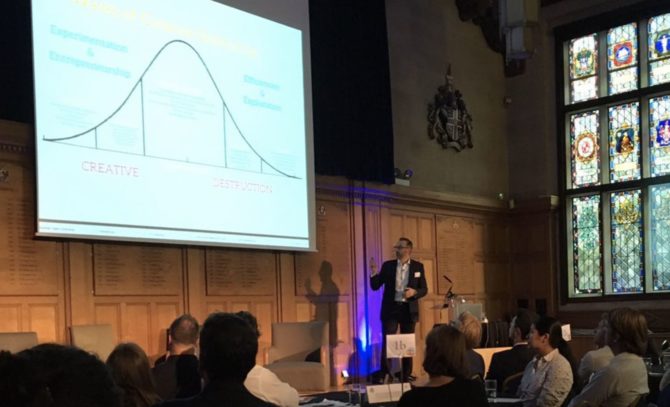 Will industrial robots sweep aside millions of human jobs, or create thousands of new smart businesses? This report by journalist Chris Middleton on Sean’s keynote at The Rise of the Machines summit in London.

“Wow! What a brilliant tour de force…the insights into the What, the Why and the How, all done with humour, intelligence and conviction. If you enjoyed reading Homo Deus, then this as good, if not better.”
Publication